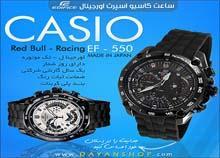 
Don’t be upset from people, because they are upset too, they are alone but they run away from themselves because they are in doubt about themselves & about their love &their fact, so love then even when they don’t love you…
———————————-
Your love in my heart doesn’t have rest, you don’t worry about yourself be worry about my tiredness, I am your gaga everyday to late hours at night.

The age of Man is over. Now, the armies of Heaven and the legions of Hell rage back over the tattered remainders of Earth; but against them all is the most fearsome horseman of Apocalypse. After centuries, he, the ancient, backs and he has been been threatened by an unholy conspiracy; his name is war.
—————————————
In the coldest regions of space, monstrous entities Ogdru Jahad_ The Seven Gods Of Chaos_ slumber in their crystal prison waiting to reclaim Earth….. And burn the Heavens. DES VERMIS MYSTERIIS PAGE 87
—————————————
Pride, the never failing vice of fool! Love, a dreadful bond! The Proud man who falls in love each breath he takes is a deep one before the plunge! Then hang the love, or wash away the pride but at the end can I survive!? I am merely postponing the inevitable! We die and die we shall


Little by little and bit by bit

Little enemies and little wounds must not be despised

Liquor before beer and you're in the clear. Beer before liquor and you'll never be sicker